Secure your spot and get started today with our EXCLUSIVE offer!

By opting into the web form above you are providing consent for Journey Martial Arts to send you periodic text messages. Standard rates may apply. You can reply HELP at anytime or learn more. You may opt-out anytime by replying STOP. 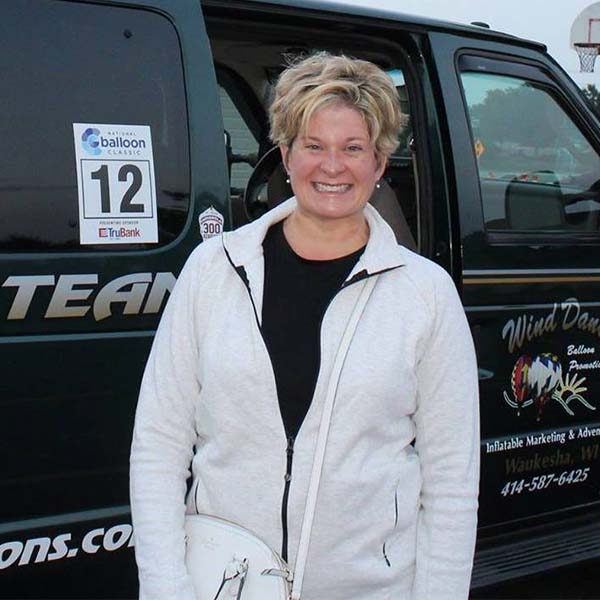 My daughter loves her classes at Journey. Ms. Virginia and her instructors are amazing! They challenge her not only physically, but emotionally as well teaching life skills and core values. Classes are flexible and very easy to sign up for. The studio is clean and Ms. Virginia offers options for all kids whether in person or through a Zoom session. Best part is their uniforms are Black, for those parents who know how difficult cleaning a white uniform can be!

Beautiful and clean facility with AMAZING and HIGHLY MOTIVATING instructors!! I would highly recommend this Martial Arts Academy. Five Stars all the way!

Journey is a place of positive energy and growth! The owner, Virginia's extensive experience in martial arts and as a mom of five means that your children will be challenged and supported as they take classes. And as a mom myself, I love taking classes from her because she creates an atmosphere of support and friendship that is motivating. If you want to get in shape in a fun and positive community, join Journey! If you want your children to be active, learn, and have fun, join Journey!

My son started training with Virginia as a pre-schooler and until K, only because we moved out of state. Initially, we just wanted to have him spend some energy, but we got much more than that. I loved her approach to discipline and values, and that she included parents on every class. My son responded so well to her style. Then my husband and I joined Virginia’s kickboxing class. She is an amazing instructor and great person to have around. I personally benefited greatly from her class; it was an outlet and I grew stronger, physically and mentally. We miss her classes so much. We highly recommend Virginia and her business.

I've never met a more humble, inspiring, and dedicated leader who has such a respect for martial arts and its core values- living by example. Virginia DeYoung, founder of Journey, is passionate about sharing the Journey we all walk together, pulling from its strength and finding common ground in its challenges. Her vision is shared through her children's programs and adult programs alike- includes Karate-Kempo and Kickboxing. This is a martial arts school that focuses not only on building knowledge, strength, fitness, and awareness through the discipline, but also building on the morals of living the "journey" knowing that the power you gain is not in the final destination but in the journey you make along the way. I highly recommend as a current student and hope to see you there!

Amber B.
via Google

Virginia is amazing. She was so welcoming to me and my family. Her facility is clean and very comfortable. We attended a bday party there along with classes. The bday party was so much fun for the kiddos. She did such an awesome job keeping the kids interested and they did so much in the few hours if the party! She also did a parents night out which is awesome as a single mom!!

Ms. Virginia is fantastic with the kids. She takes the time to get know each of her students personally and works with each student to bring out the best in each of them. My son has thrived at Journey. Journey has strengthened his confidence not only in himself but in his martial arts. The studio is very welcoming and you feel like family right when you walk in the door. I would recommend anyone looking to start their marital arts journey to go to Journey.

My daughters and I have been taking classes with Ms. Virginia for a few years, karate for the girls and kickboxing/max HIIT classes for myself. We all love the energy and focus brought to every class along with the awesome sense of community. The life skills incorporated into every class mirror the values and lessons we discuss at home.

Shannon I.
via Google

Thrilled to be part of the JMA family! Such a welcoming and open environment. My daughter has FINALLY found a sport that she enjoys and begs to go to every week. Thank you Ms. Virginia!!

I've been taking the 6am MaxHtt classes with Virginia since this past winter, each classes is different which keeps them interesting. Her dojo is very clean, welcoming and in a very convenient location. When the Covid crisis hit she immediately offered virtual classes and continues to do so which I am very greatful for, allows me to continue class without interfering with my work schedule. Thank you!!

Journey and Miss Virginia has been a wonderful experience for my son and our family! When COVID hit, she immediately offered other options and didn't skip a beat- even offered socially distant driveway lessons! My son has grown in his Martial arts, but also his character. Highly recommend!

Virginia has been absolutely amazing with my kids, especially catering to their special needs and incorporating trauma informed care into her 1:1 lessons with my daughter.
The birthday parties she hosts are also phenomenal. I would highly recommend Journey Martial Arts for lessons and parties for your family.

Journey is amazing. Ms. Virginia is professional, kind, and compassionate. She has taught our daughter virtually during the pandemic karate and how to be a kind person. This place is one of a kind and we are thrilled to be part of it.

Virginia is so patient and kind with our children. She does a good job focusing kids' energy and pushing it toward quality activities.

You can tell the passion that Virginia has for what she does in her enthusiasm and care. 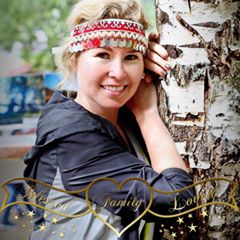 Virginia is an amazing person strong loving and caring. As true martial artist always is. 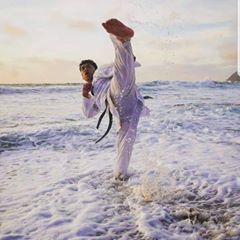 Head instructor Virginia DeYoung is literally amazing. She has a very well decorated resume when it comes to martial arts. She has taught thousands of kids and has an amazing program. She consults other school owners from around the world with her ability to teach to young children and she is literally an expert in it. As a school owner myself I own a martial arts school and I wouldn’t learn from anyone else if I lived here. If you haven’t tried her classes, do it!

Request information today to learn more about our programs! Get Started Now

A Tale of Two Goals

Let me demonstrate. Let’s meet Jen. It’s a new year, and Jen is determined and motivated to lose weight this year. And so Jen goes to the gym, for a while, and she watches what she eats, for a while, but every time she weighs herself she feels defeated. She knows she’s doing the right things, but the scale is leaving her feeling lost and so her motivation wanes. As her motivation wanes so do her trips to the gym. And eventually all the healthy habits she fought to cultivate  slide away. Jen is back to where she started, only feeling even more defeated for having tried and failed.

Sounds pretty bleak doesn’t it? Do you know what it also sounds like? Common. Normal. Standard. Human.

Now let’s look at Kate. Kate also wants to lose weight. Kate also wants to feel more energetic, and she thinks it would be pretty cool to become a black belt. Kate is a mom, and she works, and she doesn’t have a lot of time, and she is starting the new year as a complete karate novice. Because Kate has a lot of other things going on in her life, Kate’s kaizen goal is to go to one class a week.  At her first karate class she feels clumsy and awkward. She can’t remember the moves. The other women in her class seem so much more adept than she is. Still, her goal is to go to at least one class a week. And she does.

She does take two weeks off in the summer for her family vacation and another two weeks off in December for holiday travel, but other than that, she shows up. Every single week. Some weeks she feels like she’s making huge improvements, and other weeks she feels like she’s back on day one again, but her goal is to show up once a week, and to do her best while she’s there.

A year later, Kate feels like a success. She’s lost weight, she’s stronger, and she feels more comfortable in her body. She hasn’t earned her black belt yet, but she knows she’s on her way to do so. She just needs to stay the course. No abandoned new resolutions for Kate!

What’s the difference between Jen and Kate? Kaizen.

Kate found a path and stuck to the path. She measured success by whether or not she came to class. She didn’t feel defeated if a week went by and she didn’t lose any weight. Her kaizen goal was one karate class a week.

What will your kaizen goals be?

Next post we break down how to set a kaizen goal.